The 2012-13 FF2M Asia Season will be the eighth season of the off-season FF2M series. The season will start in November 2012 supporting the final round of the 2012 FF1M Season

As in the previous six FF2M Asia seasons, each team was required to field at least one driver whose passport does not come from Western Europe or the traditional American Motorsport countries (United States, Brazil, Canada). For the avoidance of doubt, Turkey and Russia are not included in the list of "European" countries.

The 2013 FF2M Season will use a new spec-chassis and engine combination with the new engine reaching 700BHP. In the 2012-13 FF2M Asia Season teams are allowed to use either of the two chassis limited to the 2012 generation's 600BHP. 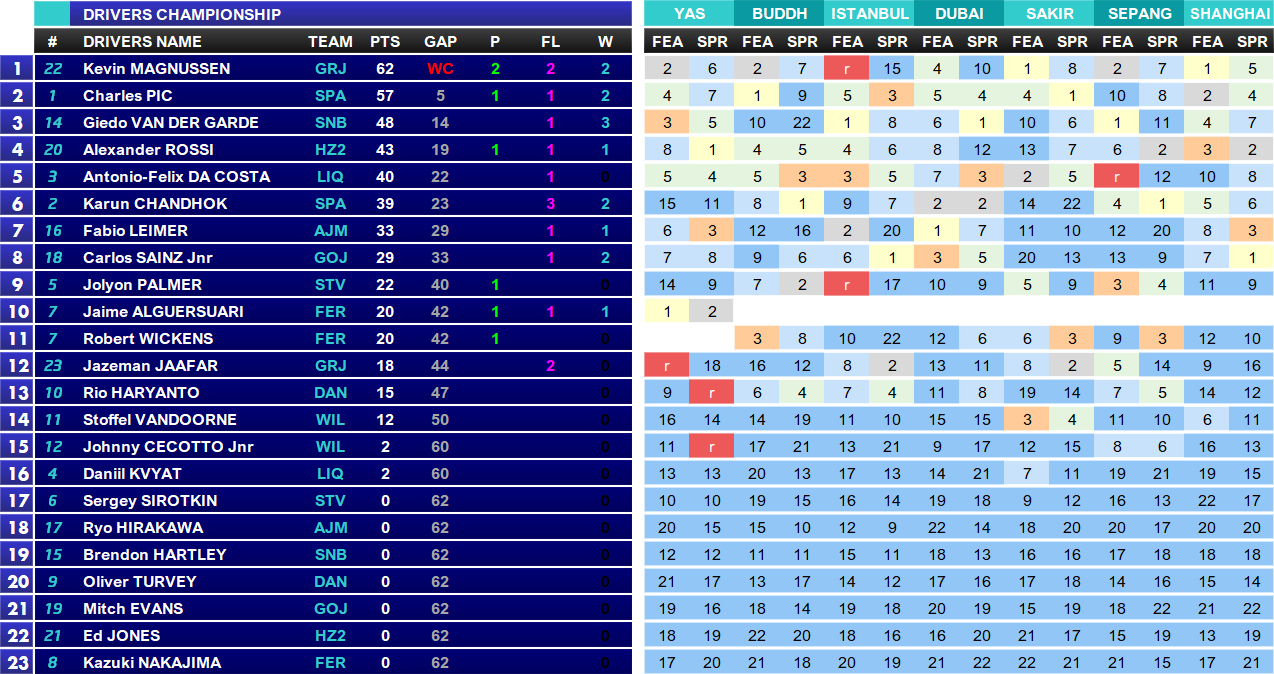 Retrieved from "https://ajayproductions.fandom.com/wiki/2012-13_FF2M_Asia_Season?oldid=8149"
Community content is available under CC-BY-SA unless otherwise noted.