The 2010 FFR3.5 Season will be the 4th season of FFR3.5 and the first season as a tier two playable FF1M series. It will once again be supported by the FFR2.0 Series at selected events which will comprise the World Series by AF1RL. All races will be run using GP4 software and most races will either be broadcast LIVE on the FF1M.com website or have full race highlights packages.

The season started in Portimao on 17th April 2010 and will end in Barcelona on October 10th 2010. The Drivers Championship was won at the penultimate race weekend by Felipe Massa driving for Fortec Motorsport.

Points are awarded to the top 10 classified finishers. 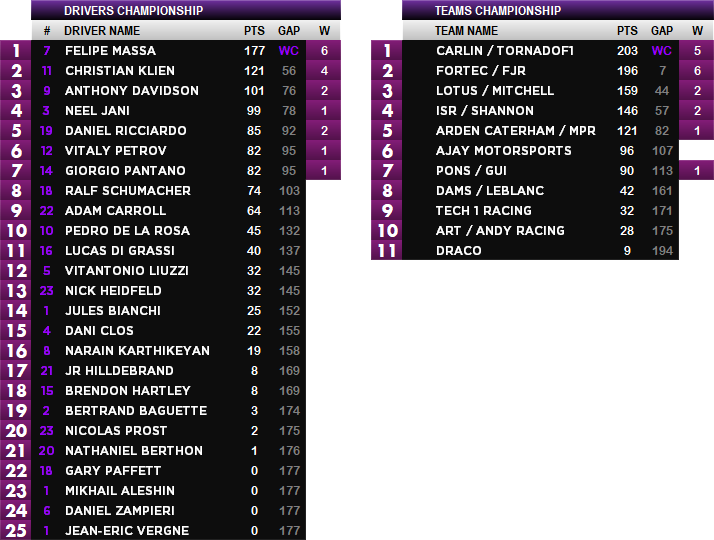 Retrieved from "https://ajayproductions.fandom.com/wiki/2010_FFR3.5_Season?oldid=7992"
Community content is available under CC-BY-SA unless otherwise noted.