The 2010 FF2M Season is the 13th Season of FF2M and the fifth to run the GP2 Series rules introduced from the 2006 season. The season was run on GP3 2000 software upto and including the fourth round of the season at Nurburgring but was then switched to GP4 for the final part of the season beginning with the Austrian Grand Prix. 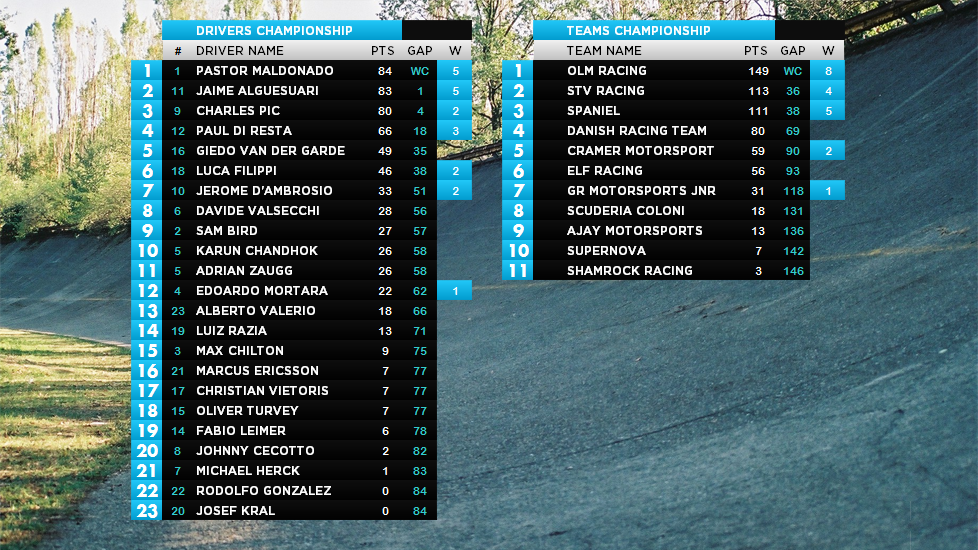 Retrieved from "https://ajayproductions.fandom.com/wiki/2010_FF2M_Season?oldid=7692"
Community content is available under CC-BY-SA unless otherwise noted.