The 2003 FF1M Season will be the sixteenth season of the Fantasy Formula 1 Management series. It will start in October 2010. It will be the first season for the new boys Mitchell Racing and Shake n' Bake Motorsport who replace Ajay Motorsports and Vader Trophy Racing in the series.

At the start of the 2002 FF1M Season it was announced that Mitchell Racing would be entering the sport in the 2003 season replacing Ajay Motorsports.

At the Japanese Grand Prix it was announced that Vader Trophy Racing would not re-enter in 2003 and their place would be taken by Shake n' Bake Motorsport. 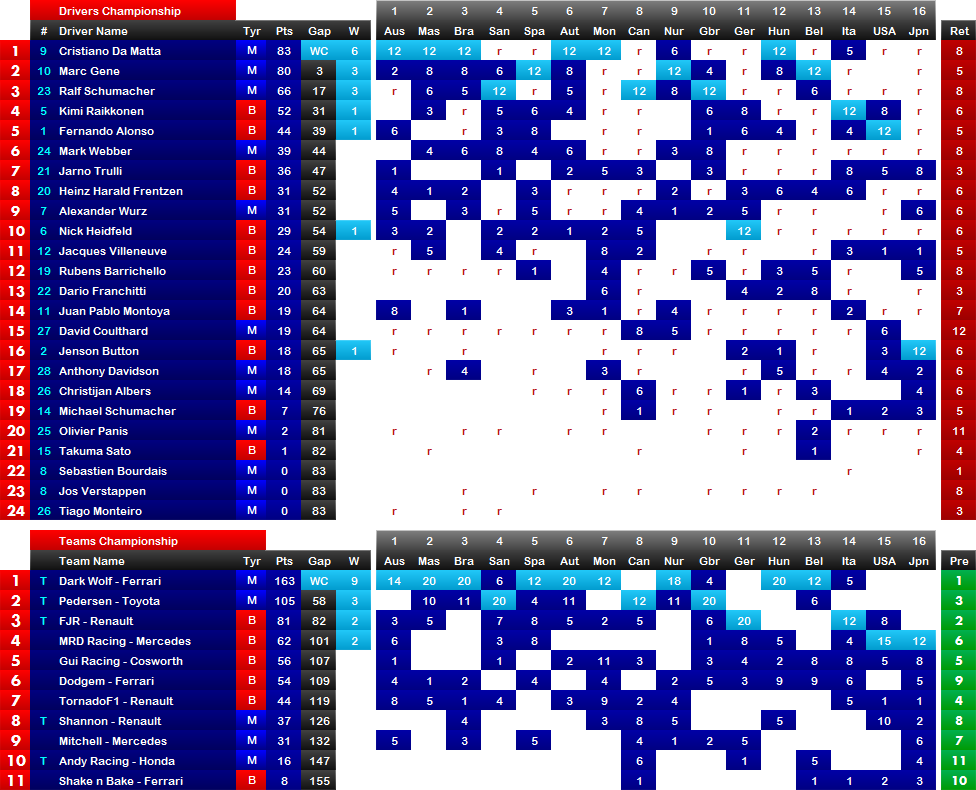 Retrieved from "https://ajayproductions.fandom.com/wiki/2003_FF1M_Season?oldid=6753"
Community content is available under CC-BY-SA unless otherwise noted.