The 2002 FF1M Season was the fifteenth season of the Fantasy Formula 1 Management series. It started in August 2010 and ended in October 2010. It was the first season of FF1M to be run without former Teams Championship winners Maestro Motorsport involved. Willow Images had also pulled out paving the way for new teams Andy Racing and Tornado Motorsport.

Engines are now capped at 900BHP. This does not include the effects of Technologies such as F Duct, KERS and Turbo. 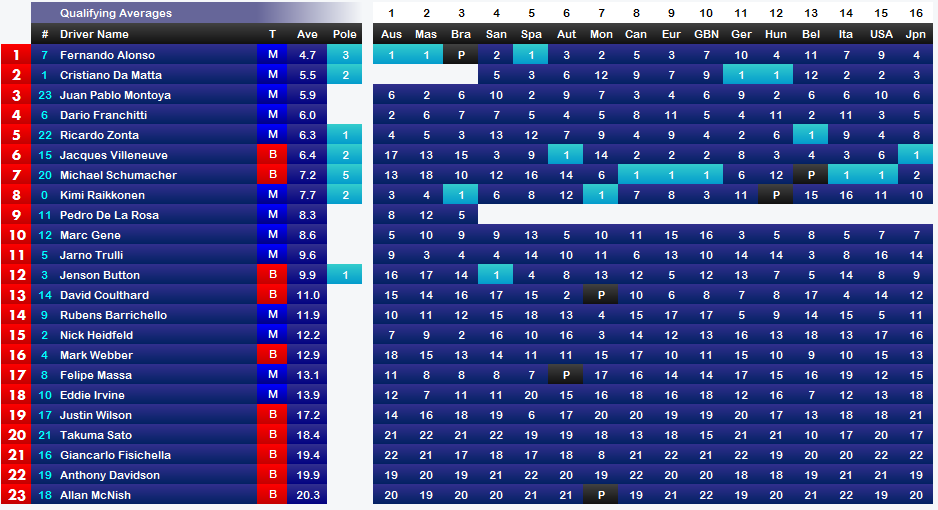 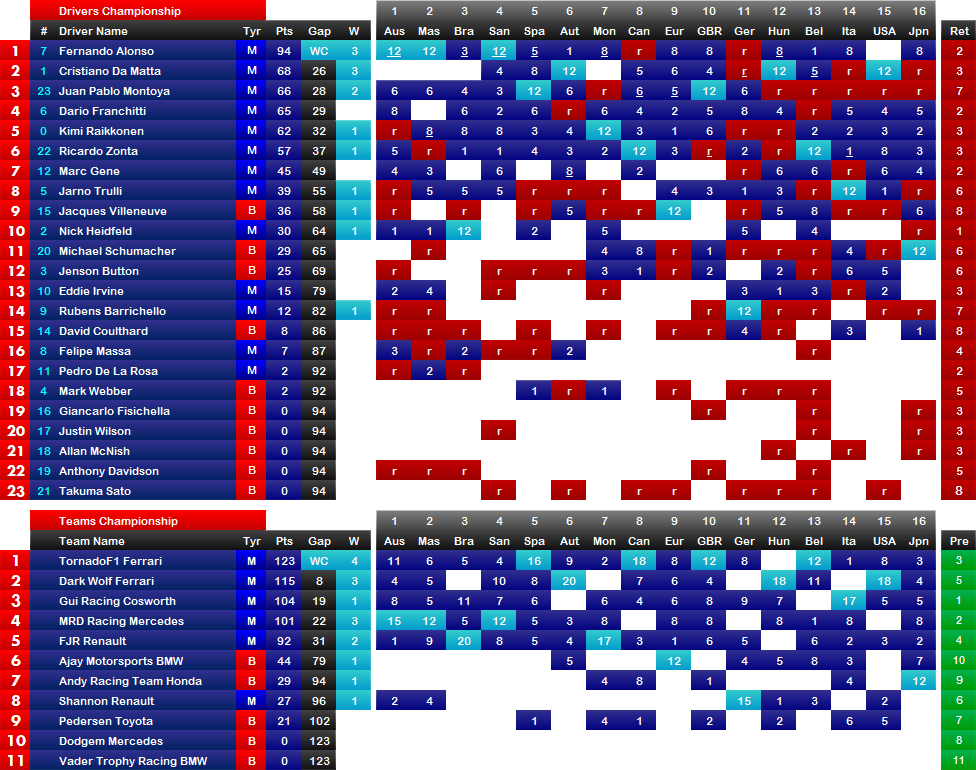 Retrieved from "https://ajayproductions.fandom.com/wiki/2002_FF1M_Season?oldid=7632"
Community content is available under CC-BY-SA unless otherwise noted.